The use of meditation for healing and spiritual enlightenment has been an ancient practice that is common among the world’s great religions and cultures. It is an accepted and proven alternative therapy that is classified under “mind-body medicine.” 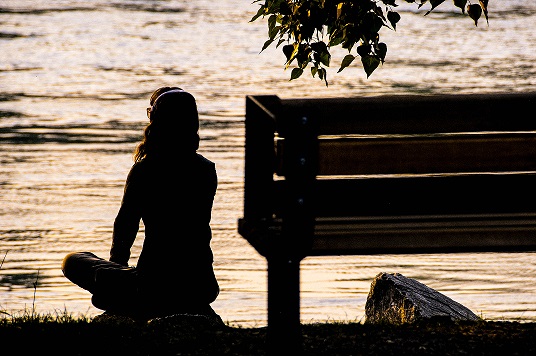 Through the years, more and more people have found meditation as an effective way to ease chronic pain, improve heart health, relieve stress and anxiety, boost mood and immunity, and resolve pregnancy problems. Even doctors are already prescribing meditation as a way to lower blood pressure; improve exercise performance in people with angina; help people with asthma breathe easier; and to relieve insomnia. It is a safe and simple way to balance a person’s physical, emotional, and mental well-being.
According to cardiologist Herbert Benson, MD: Any condition that’s caused or worsened by stress can be alleviated through meditation. Benson is the founder of the Mind/Body Institute at Harvard Medical School’s Beth Israel Deaconess Medical Center. He said that the relaxation induced by meditation can help decrease metabolism, lower blood pressure, and improve heart rate, breathing, and brain waves. When the body receives a quiet message to relax, tension and tightness begin to seep from muscles.
Brain scans (or Magnetic Resonance Imaging, or MRI) of people who meditate have been used to show scientific evidence that meditation really works. It shows an increase in activity in areas that control metabolism and heart rate. Other studies on Buddhist monks have shown that meditation produces long-lasting changes in the brain activity in areas involving attention, working memory, learning, and conscious perception.
Meditation is not difficult to learn but it is a skill that needs to be practiced in order to develop the ability to focus on the breathing patterns and the need to ignore distracting thoughts. Meditation is usually accompanied by a mantra, a word or phrase that is repeatedly chanted to produce a biological response such as relaxation. The soothing power of repetition is at the heart of meditation. Constant practice of meditation allows people to learn and develop the ability to produce meditative and relaxed states without difficulty. Meditating several times during the day makes the practitioner feel relaxed throughout the entire day.
Benefits of Meditation
Heart Health: Countless studies have shown that regular practice has significantly helped reduce high blood pressure. A study conducted at the College of Maharishi Vedic Medicine in Fairfield, Iowa, showed significant lowering of blood pressure and heart rate in black adults. Another study conducted by the American Journal of Hypertension showed that teenagers who meditated for 15 minutes twice a day for four months were able to lower their blood pressure a few points.
Immune Booster: In a Psychosomatic Medicine study testing immune function, meditation has bben shown to be useful in warding off illness and infections. Flu shots were given to volunteers who had meditated for eight weeks and to people who didn’t meditate. The result of blood tests from the meditation group had produced higher levels of antibodies against the flu virus.
Women’s Health: Premenstrual syndrome (PMS), infertility problems, and even breastfeeding can be improved when women meditate regularly. In one study, PMS symptoms subsided by 58{9cc4580869e66e58227e2e8e5821b5260be5ba29caa6b14413dbffcc8f08fd49} when women meditated. Another study found that hot flashes were less intense among women who practiced meditation. Women struggling with infertility had much less anxiety, depression and fatigue following a 10-week meditation program; 34 percent became pregnant within six months. Also, new mothers who meditated on images of milk flowing from their breasts were able to more than double their production of milk.
Meditation Enhances Brain Activity
Those who practice meditation regularly showed evidence of significantly higher brain activity, called gamma wave activity, in areas associated with learning and happiness compared with those who didn’t practice meditation. Gamma waves involve mental processes including attention, memory, learning and conscious perception.
Many health care providers consider meditation as a key element of an integrated health program. However, when you are having a hard time getting into that meditative state, try to enroll in a class. It will help and guide you with your progress. Any practice that can evoke the relaxation response can be beneficial, be it through meditation, yoga, breathing, or repetitive prayer. The growing body of research literature on meditation and other alternative therapies gives us no reason to believe that one is better than the other.